The scientific article is devoted to consideration of self-defense right as unilateral actions of the interested party permissible by the law, directed to guaranteeing of the inviolability of right, its implementation, reinstatement and relieving the consequences of violations. It is specified in article that the self-defense of legal rights by its nature is a form and not remedy method; it is also the so-called sub-institute of civil law and should be considered as independent on its subjectivity civil right to protection. Self-defense, as a method of protection of civil rights, ranks definite place in the system of methods of protection of civil rights, established by the state. The necessity for such measures due to optionality of civil relations.
A.Kizdarbekova, A.Toleubay 2016

The theoretical and application aspects of criminal researches of counteractions to trafficking in the Republic of Kazakhstan are considered. The criminal characteristics of crimes connected with procurement and sexual exploitation of victims of trafficking are disclosed. The authors offer construction of general theoretic basis and empirical research of the mechanism of trafficking and main methodic of detection.
D.U.Balgimbekov, A.V.Turlayev, К.K.Raikhanova 2016

The article addresses a significant threat to global economic and legal order as the growth of the shadow economy, the existence of which leads to the growth of the laundering of proceeds of crime and financing of such dangerous socio-political phenomenon such as terrorism. Offered financial and legal controller of combating legalization of illegal incomes and terrorism financing’s national security: economic and legal aspects.
B.A.Amanzholova, D.A.Sitenko 2016 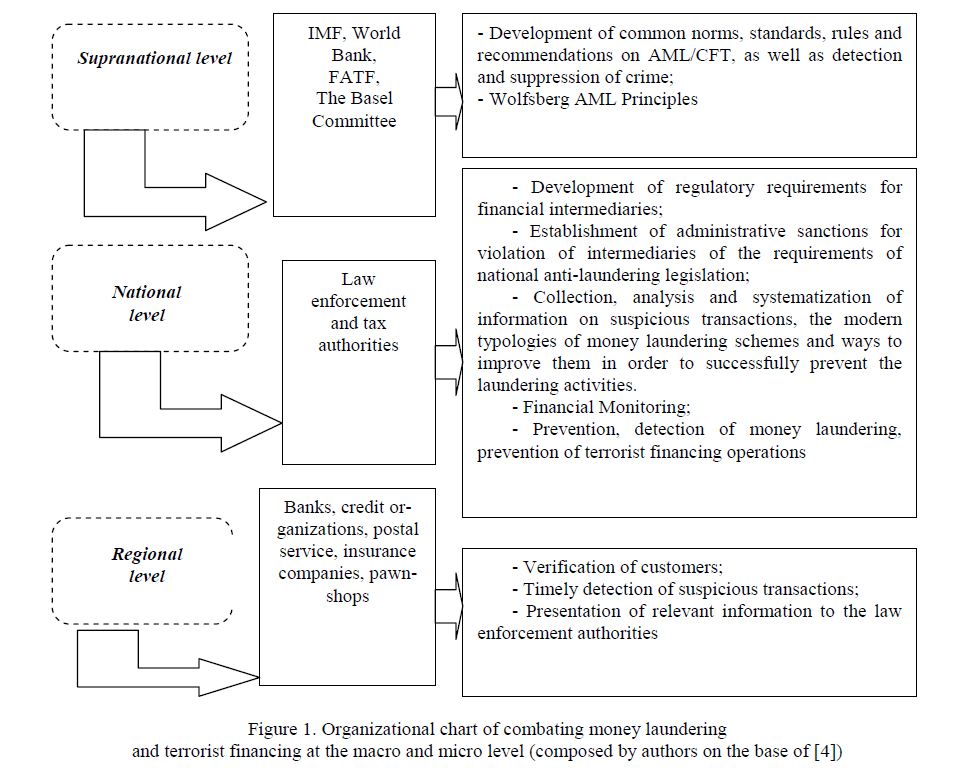 This article examines the role of political parties in the society. Activities parties, usually due to the interaction of different groups of factors of social, historical and institutional nature in combination, unique to each country. As an analysis of the transition from one-party rule to a multiparty system.
M.Badanova, K. Complak  2016

Criminal liability for an act of terrorism under the laws of the Republic of Kazakhstan: historical and legal review

The article gives a detailed analysis of economic and political reasons for the dissolution of the Union of Soviet Socialist Republics and the features of independent Kazakhstan formation. In order to disclose the contents the authors of the article draw the conclusions based on historic facts. They analyze the obstacles and historical processes connected with the appearance of independent Kazakhstan on historical arena.
G.Z.Kozhakhmetov, R.B.Botagarin  2016

The main sources of migrational law

This work is devoted to determining the source of the migration law. This paper analyzes the sources in the field of immigration legislation in the Republic of Kazakhstan and the main international documents. In the international acts are considered the main provisions relating to the protection of migrants' rights. Also defines the role of other sources, such as case law, legal practice and judicial decisions of the International Court of UN in the migration law.
А.Вozhkarauly 2016

The value added tax in Kazakhstan and in the countries of Europe: comparative analysis

In this article we will observe some general provisions about taxes and consequences connected with it. The other point to be taken into account is the expansion of borders and the application of this type of tax. The main purposes of VAT in Kazakhstan and in Europe. Some description about VAT rates, membership and charging process. The analysis of different system of taxation.
M.R.Sidoti 2016